Shawn Kemp will be joined by former Supersonics Teammate, Gary Payton, to celebrate the grand opening on Friday, Oct. 30

SEATTLE – Oct. 21, 2020 – Six-time NBA All-Star Shawn “Reign Man” Kemp, the legendary Seattle Supersonics power forward whose athleticism made the team a Western conference powerhouse in the 1990s, is getting into the cannabis game. Shawn Kemp’s Cannabis, located at 3035 1st Ave. in the heart of the city near the Climate Pledge Arena and famed Space Needle, will become Seattle’s first Black-owned dispensary with its opening on Friday, Oct. 30.

Joined by his former teammate, Hall of Famer Gary Payton, Kemp will commence the celebration with a green ribbon cutting ceremony at 12:45 p.m., followed by an official opening to the public at 1 p.m.  “I’m looking forward to welcoming Sonics fans on a regular basis, starting with opening day,” said Kemp, who calls Seattle home and has invested in the city through several business ventures.

Kemp, who is entering the fast-growing cannabis industry for the first time, is partnering with industry veterans Matt Schoenlein and Ramsey Hamide, two of the co-founders of Main Street Marijuana. Main Street Marijuana has remained the number one cannabis retailer in the state of Washington since the company’s inception in 2014. The brand’s three shops have surpassed $150 million in sales and have contributed more than $55 million in excise tax.

“My name is on this company and I have worked hard to bring Shawn Kemp’s Cannabis to fruition,” said Kemp. “I want to provide nothing short of the best selection, customer experience and prices in Seattle. I have incredible partners in Matt Schoenlein and Ramsey Hamide to make sure we deliver on that promise to our customers, who are our top priority.”

Kemp, who spent the first eight years of his 14-year NBA career with the Supersonics, looks forward to being a role model for future license recipients through the state’s upcoming social equity program, created earlier this year. “I hope that Shawn Kemp’s Cannabis will be an inspiration for people to get involved with the legal cannabis industry, especially people of color,” said Kemp.

The opening of Shawn Kemp’s Cannabis will unveil a new art piece displayed on the building’s exterior from well-known local muralist, Jeff Jacobson, also known as Weirdo. The 30-by-80-foot mural is rich in color and depicts Kemp playing basketball in his Seattle Supersonics uniform.

Shawn Kemp’s Cannabis will be open from 8 a.m. – 11:45 p.m. daily and will offer express order kiosks, online ordering and curbside pickup. Health and safety measures will include social distancing protocols and mask requirements in accordance with state mandates. More information is available by calling (206) 345-0009, at www.KempsCannabis.com, and on Facebook, Twitter and Instagram.

Shawn Kemp’s Cannabis, a partnership between NBA All-Star Shawn Kemp and cannabis veterans Matt Schoenlein and Ramsey Hamide of Main Street Marijuana, is located at 3035 1st Ave in the heart of the city near the Climate Pledge Arena and famed Space Needle. Shawn Kemp’s Cannabis is the first Black-owned dispensary in Washington and at nearly 4,000 square feet is one of the largest in the state. More information is available by calling (206) 345-0009, on the company’s website, and on Facebook, Twitter and Instagram. 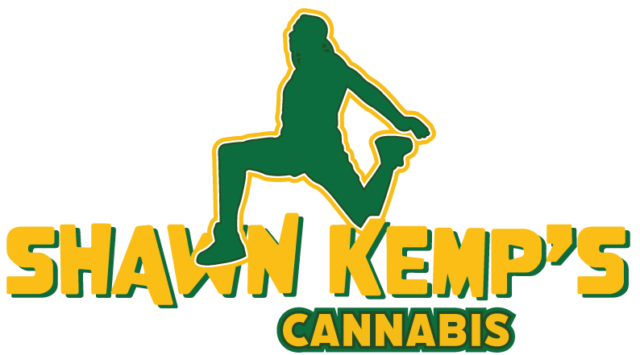 This product has intoxicating effects and may be habit forming. Marijuana can impair concentration, coordination, and judgment. Do not operate a vehicle or machinery under the influence of this drug. There may be health risks associated with consumption of this product. For use only by adults twenty-one and older. Keep out of the reach of children.